State of the Union - Colorado 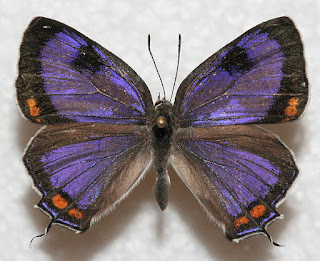 George writes:
That magnificent beastie is, as some may know, the Colorado Hairstreak Butterfly, the official insect of today’s state, Colorado. Which is Spanish for red. So here’s another piece where I supply a couple of songs about a state of which I know nothing, apart from knowing that Denver is in Colorado (and the official insect is the above butterfly). Warren Zevon does not, unfortunately, supply a nice long list of things to do in the state capital apart from suggesting finding a motel with unseemly cleaning habits. But he did give us a splendid song. Here we go:

Warren Zevon - Things to do in Denver when you're dead

That sounds like some Flaco flourishes on that track.

Unlike Arkansas, Colorado and it’s cities have a plethora of good songs:

John Denver changed his name to Denver from Deutschendorf, and dropped his first name, Henry. He was not born in Denver.  But he wrote songs about the state of Colorado, the one above, a song about Aspen, and Rocky Mountain High. And he lived there. 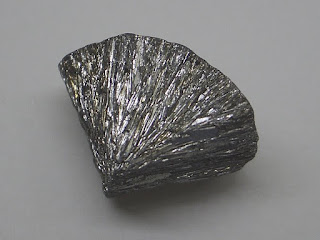 I wanted to include a song about Telluride, because of its link to the element tellurium. And I wanted to do that because tellurium, is in the same group of  the periodic table as oxygen, sulphur and selenium (it lies directly below selenium). And given the nature of these groups, tellurium-related breath of humans is even stinkier than that due to sulphur and selenium. And you know how smelly hydrogen sulphide is: that rotten egg, stink bomb smell. So if tellurium gets in your body you will smell so bad you will have to stay indoors on your own (honestly, it’s that bad). But the Tim McGraw song is unfortunately one of those 1980s style country-music-by-numbers songs.

There’s (yet another) dreadful dreadful syrupy country that I listened to, so you don’t have to, dear reader, called Columbine by C. W. McCall. My research has revealed to me that there seem to be plenty of dreadful songs about this state (Merle Haggard, the Pure Prairie League, the Flying Burrito Brothers, Hank Snow, Ozark Mountain Daredevils, for example), a right load of dreary old tosh. I was on the verge of sticking pins in my eyes………..which would certainly have been preferable to listening to all of  the truly execrable Colorado Trail by the Kingston Trio. Speaking of truly execrable songs there’s this, sung by Elton John, dating from ca. 1970. I DARE you to listen all the way through_


Anyway, here’s something that cannot fall to better than that, a track that is also about Denver. And it is not a country song either, but, for the first time in the series, and not the last, let me tell that and tell you no more, a blues song! From our favourite German label Trikont, from the album Blue and Lonely, a track by Tampa Red

Hudson Woodbridge was not born in Tampa but in Smithville, Georgia. He did, though, move there aged 10. 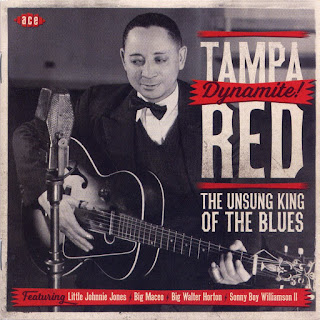 Unfortunately Colorado Kool-Aid by Johnny Paycheck cannot be included, it is set in Houston, in a bar frequented by knife-wielding Mexicans. An ear is sliced off, but the slicer returns it to its owner. And Hank Williams Jr wrote a song about ODing in Denver, which is not a bad song at all, but obviously the drug reference is to be severely frowned at.

And that’s Colorado for you. Another one next week?

CC writes:
When I went with a couple of pals to see Cathryn Craig play in Blackfriars in Glasgow at the end of the show we expressed some polite disappointment that she hadn't sung Colorado. She got out her guitar, sat down and played it for the three of us. Quality