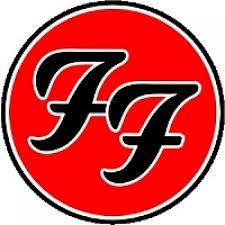 Had you going for a minute there! For the avoidance of doubt C this is as near that the Foo Fighters are ever likely to get to these pages.
Plenty to choose from this week and the usual great suggestions.

Ernie  was straight in with what George correctly pointed out the obvious one - namely Tejano legend and Texas Tornado the one and only Freddy Fender. Apologies for the sound quality of the Best Of on the Pegasus label which sounds like it has been recorded off the telly.

The Swede nearly got in on the act with Franz Ferdinand.They nearly featured until I decided to go for someone more obscure namely Detroit based Soul group The Fantastic Four.Also nominated by Rol with a seconding by Marie.

I thought I had beaten the panel with the Friedberger siblings Matthew and Eleanor collectively known as The Fiery Furnaces until  Dirk sneaked in with a late post.

Once the obvious one was ruled out for the obvious reasons GG has proven to be more difficult than I thought . I've got some things in mind. How about you?

The Fantastic Four - i Don't Wanna Live Without Your Love

The Fiery Furnaces -Asthma Attack
Posted by Charity Chic at 08:00