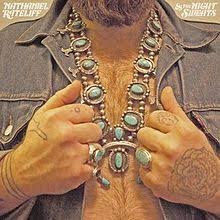 I would be interested to hear your views on Nathaniel Rateliff & the Night Sweats.
I found a previous post from September 2015 when I described them as producing fantastic soulful R& B.
Nowadays I am not too sure.
I haven't listened to the 2015 debut album in a long while and when I did so this week I was not that impressed.

To me they are a band in the same vein as the likes of Mumford & Sons and Seasick Steve.acts who feature on Jools Holland or some such thing and generate a fair degree of hype but who are not as good as many in their genre who have been producing the goods for years but who have never had the breaks. (A long sentence there).
In their case I would cite Sharon Jones & the Dap Kings, St Paul & the Broken Bones and in particular Barrence Whitfield & the Savages who are far better.

Interestingly a couple of years previously he was trotting out some bog standard Americana.

Nathaniel Rateliff & the Night Sweats - I Need Never Get Old