Harlem 69 - The Future of Soul 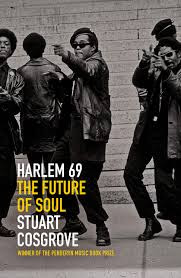 I am currently enjoying reading and being educated by Harlem 69:The Future of Soul the final installment in Stuart Cosgrove's excellent Soul Trilogy.
There are a number of references in the book to 110th Street which is seen as the boundary between Harlem and Central Park.
Cosgrove also references the 1972 crime drama film Across 110th Street which as the title suggests is set in Harlem.
I am not familiar with the film but am familiar with the song thanks to Tarintino's film Jackie Brown which first drew my attention to the music of Bobby Womack who until then was only a name to me.
The song is quite superb. I have featured it before and no doubt I will feature it again.
I was not aware that there was a Part 2 until I stumbled upon it on an Uncut compilation The Original Funk Soul Brothers and Sisters!
Interesting but not a patch on Part 1