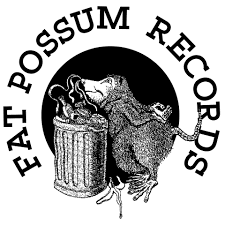 Given it is the end of the working week I figure its time for some bad ass Blues.
And who better to provide such fayre than Fat Possum Records out of Oxford, Mississippi?

A label who  made their reputation by discovering  ageing but previously unknown Bluesmen more often than not with something of a chequered past.. Sadly they have all gone now.

Perhaps the most famous horse in their stable was R.L.Burnside who had been convicted of killing a man over a game of dice. He quit touring at the age of 72

Junior Kimburgh died of a heart attack following a stroke at the age  of 67 in 1998 and apparently he was survived by 36 children. Looks like he was too busy to get up to no good

T-Model Ford made it til 90 albeit he only began his musical career in his early 70's He also had  a conviction for murder and a good few run ins with the law. I missed an opportunity to see him at King Tuts something I regret to this day.

It's bad you know