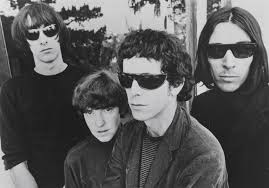 I've just about reached the bottom of the pile of charity shop CD's picked up on my travels between September and November.
One is Uncut: The Playlist August 2006 purchased in the Mental Health charity shop in Stranraer. It was 50p so I thought I would chance it as I wasn't sure if I already had it.
Checked the shelves and it wasn't there so seems I'm sorted. Or am I?

Checked the blog archives to see which Golden Smog songs I've featured and the one on the CD Listen Joe popped up
Turns out I posted it August 2017 when I featured Uncut: The Playlist August 2006 which I had bought in Stranraer and subsequently returned. So it looks as though I have bought this twice in Stranraer and who knows it may even be the same copy.

For the obligatory Americana track then you  are getting Sufjan Stevens instead of Golden Smog.
I've featured Venus in Furs before, Indeed it was one of the very first songs to feature on the blog, However it was the version by the Ukranians as opposed to the Velvets. Here then is the original.