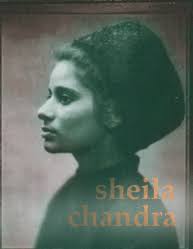 I have a vague recollection of the single Ever So Lonely by the band Monsoon way back in 1982.
The lead singer of the band was Sheila Chandra who I have just learned appeared in Grange Hill playing Sudhamani Patel.

I picked up Moonsung: A Real World Retrospective of her solo work  in a Stranraer charity shop along with the Afro Celt Sound System CD on the same label which I featured a few weeks ago.
Moonsung is an interesting blend, or to give it a posher name fusion, of Indian music and folk songs.

It is a very ethereal sound and almost meditative in places. Mrs CC is quite taken with it as am I but I tend to skip over the song where she is speaking in tongues.
Sadly Sheila is no longer performing having quit in 2010 due to burning mouth syndrome.