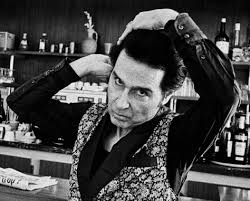 Two queens for  you today from opposite ends of the spectrum.
At one end we have Johnny Cash with Ballad of a Teenage Queen who is tempted by the bright lights but returns to marry the boy next door who worked at the candy store.
An alternative take from The Legendary Sun Records Story Volume 2 box set.

It is a fair bet that Tina, the Go-Go Queen never felt the urge to return home to the boy next door. A song by Tav Falco's Panther Burns from the It Came from Memphis compilation.

Ten posts seems like a good time to bring this series to a temporary halt. Not because I'm running short of material but rather because I am running short of enthusiasm.
One I will probably visit at a later stage when I'm stuck for inspiration.