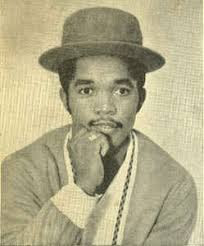 First up Madness take  their CCM bow with their first single from August 1979 The Prince. A tribute to Prince Buster one of whose songs gave the band their name.

Madness are followed by the man himself with a song  celebrating Jamaica's independence in 1962. Taken from Jamaican Explosion a terrific Mojo compilation from September 2016.

Finally, as an added bonus, you are getting a little bit of Prince Far I.