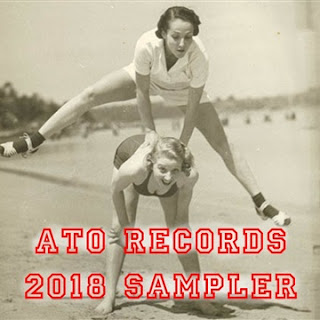 As the cover would suggest this sampler was released in the summer as opposed to the depths of winter.
It is only now that I have got round to giving it a more than cursory listen.
It was made available via Noisetrade I'm not sure if you can still download it but if you can it is well worth your while.

Oh Pep! were originally a female duo from Melbourne, Australia who have been on the go since 2009. They have also recorded as a larger band with three EPs and two albums to their name. An act I think who may possibly be right up Brian's street and maybe a few others as there are comparisons to the likes of Camera Obscura. They have nothing to do with the Manchester City manager as far as I am aware.

If Adam's House Cat sound vaguely familiar that is because they were a band formed in Muscle Shoals, Alabama in 1985 who included Mike Cooley and Patterson Hood who subsequently became Drive-By Truckers.