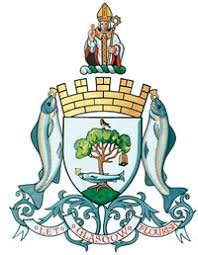 
This week's offering is my longest one to date.
From 2015 The Bell That Never Rang is the title track and centerpiece of the fourth album by the Scottish folk band Lau.
They consist of Kris Drever (who composed the song and who I am seeing in January ), Martin Green and Aidan O'Rourke. The album is produced by Joan Wasser aka Joan as Policewoman.

The song was initially commissioned by the Celtic Connections festival to celebrate the Commonwealth Games which took place in Glasgow in 2014.
For a explanation as to the Glasgow coat of arms see here

This is their last album but I'm pleased to report that they are scheduled to release their next album Midnight and Closedown in February 2019.

Lau - The Bell That Never Rang