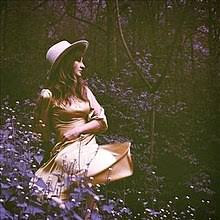 Margo Price is one of those country artists who operates very much on the cusp of alternative and mainstream country. She also has a large following in the UK (thanks to a Later with Jools Holland appearance) and so is similar to Kacey Musgraves and Courtney Marie Andrews in both respects.

From 2016, on Third Man Records,  Midwest Farmer's Daughter is her debut solo album being quickly followed up by 2017's All American Made.It was live to analog tape at Sun Studios in Memphis.Previously she had recorded three albums as part of the band Buffalo Clover.

Old fashioned tales of heartbreak, love and loss (Paul Grein) but with a modern twist. Released to much critical acclaim.
The last of my birthday purchases .... for now

Margo Price - Hurtin' (On The Bottle)