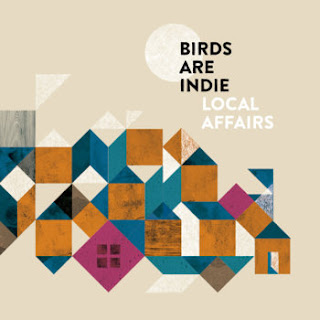 Birthday Greetings came winging through the World Wise Web from our Portugal correspondent along with a download of Local Affairs the latest offering from Portuguese band Birds Are Indie.
George informs me that they are from Coimbra which appears to be a hotbed of independent music given that A Jigsaw and The Twist Connection who have also appeared here hail from there.
Coimbra apperently is a university town halfway between Lisbon and Porto which has a football team called Academica who are not very good.

It is somewhat basic and pretty simplistic music but is none the worse for that. Rather that is probably it's strength.
You are only getting one track given that it is a new album but if it tickles your fancy it is available on Bandcamp. Alternatively let George know when your birthday is and hope for the best.

Also available on Bandcamp is Half Empty a 1997 album by Brooklyn power popper Michael Shelley. Another one courtesy of George.

Birds Are Indie - Messing With Your Mind

Michael Shelley - Think With Your Heart
Posted by Charity Chic at 08:00