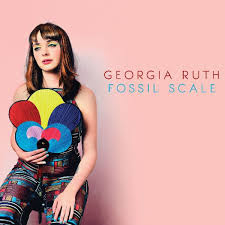 This one is down to The Robster
Georgia Ruth Williams, who records as Georgia Ruth, first came to my attention via his wonderful Welsh Wednesday series. Also the place where I first encountered Gwenno I think
She was added to the list where she remained for far too long until I acquired her second and latest album Fossil Scale from 2016 and released on the Navigator label.
Indie folk with just a little bit of electronica sneaking in here and there. She also plays the harp and presents a show on BBC Radio Cymru
On the basis of the excellent stuff on Fossil Scale her 2013 debut Week of Pines is probably well worth tracking down as well.