Things Have Gone to Pieces 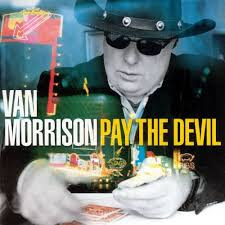 One of the albums I took for the car on our recent trip was the one above - Pay the Devil a 2006 album by Van Morrison on the Lost Highway label.It contains 12 covers of Country standards and three originals.

I bought in on e-Bay  only to receive a burnt copy something which was not highlighted  on the site when I bought it.
It really annoyed me at the time and if I'm honest  it still rankles now.
There are lots of sleekit people out there hiding behind a screen.

Anyway the reason for today's post is that one of the covers is Things Have Gone to Pieces yet another brilliant song written by Leon Payne.
The Grumpy Irishman's version is not bad but pales into insignificance when compared to that of George Jones.
I know that George appeared here only recently but I make no apology for featuring him again.

George Jones - Things Have Gone To Pieces
Posted by Charity Chic at 08:00