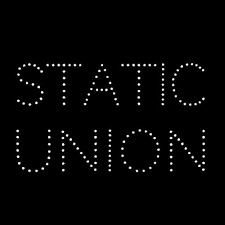 I picked up Turn Out the Lights/Accelerator a CD single by the young Glasgow band Static Union shortly after it's release for Record Shop Day 2017.
I've been putting off posting it in the hope that there was an album on the horizon but I can see no indication that one is imminently forthcoming.I can wait no longer.
These two and a further three are available from Bandcamp a couple of quid will get you their entire output to date.

Some indie rock and jangly guitars from yet another exciting young Scottish band
The band consists of Sean McGarvey (vocals/guitar), James Harker (guitar/synth), Liam Adams (bass), Cameron “Kangus” Angus (drums) all in their late teens or early twenties..
Oh to be young again!


Static Union - Turn Out The Lights