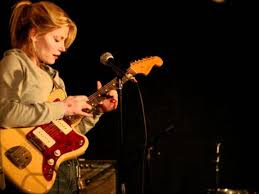 He's back! But with slim pickings I'm afraid.
A couple of reasons.
The glorious weather necessitated sitting outside seaside bars in Portpatrick rather than trawling the charity shops of Stranraer. When we did on the one cloudy day there was not much on offer.
However you know that I don't like to come away empty handed.
Two Uncut compilations were acquired in the Dumfries and Galloway Mental Health Association shop for 50p plus a 50p donation.
So Real is from June 2013 and has no real standout tracks. So I've gone for one old favourite and one new to me.
The old favourite is the great man himself Robyn Hitchcock with the radio edit of Be Still a song from his Love From London album on Yep Roc.
The new to me is by Marnie Stein a New York  singer songwriter and guitarist and is taken from the wonderfully titled The Chronicles of Marnia  album on the equally wonderfully titled Kill Rock Stars record label.