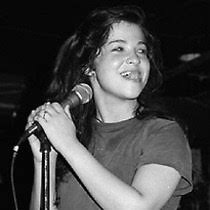 I couldn't resist another dip into the collection of Elvis Costello song's covered by female artists which I found on my hard drive entitled Girls Talk.
The first track featured on it  is a version of Stranger in the House by Rachel Sweet. An artist who was also on Stiff (see yesterday's post) which goes to show that I don't just throw this stuff together.

We them move seamlessly into a compare and contrast with Rachel up against George Jones ( with some help from the man himself) from his My Very Special Guests album.

Rachel Sweet - Stranger in the House

George Jones (with Elvis Costello) -Stranger in the House
Posted by Charity Chic at 08:00