The Soul Queen of New Orleans 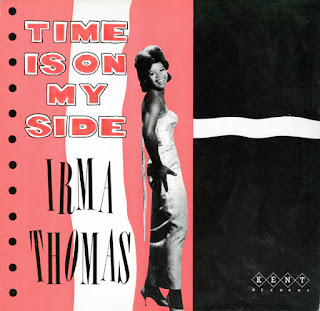 It's been a wee while since we have had some Soul on these pages so who better to feature today than the Soul Queen of New Orleans herself Ms Irma Thomas.
Two songs taken from the above album from the ever wonderful Kent label which features 24 of her songs from 1962 to 1966 which originally featured on the Imperial or the  Minit label..
Irma thankfully is  still going strong at the age of 77 and was still recording on the Rounder label right up to 2008 so a long and illustrious career.

Irma Thomas -I Done Gone Over It

Irma Thomas - Ruler of My Heart
Posted by Charity Chic at 08:00