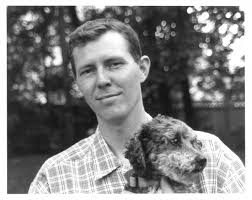 It has been too long since  the great Robbie Fulks has graced these pages.
Here are a  couple of songs from his debut album Country Love Songs. From way back in 1996 it was the 11th record on the Bloodshot catalogue.
My copy seems to have initially belonged to Birmingham libraries.
Robbie is still going strong and has churned out a further dozen albums  mostly on Bloodshot with Geffen and Yep Roc also on the list.
He received a Grammy nomination for his latest album 2016's Upland Stories.

Robbie Fulks - Papa Was a Steel-Headed Man
Posted by Charity Chic at 08:00