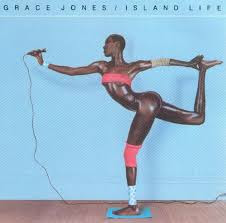 Ten or so minutes of Grace Jones to ease you gently in to that last frantic week before Christmas.
From 1995 and not surprisingly on the Island label the compilation Island Life is a great summary of the first nine years of her musical career.
Throw in Nipple to the Bottle which is available on the cassette version and Warm Leatherette and arguably you've got pretty much all the Grace Jones you will ever need. A rash statement that will probably come back to haunt me.

I usually avoid a best of the year list as finances dictate that I only ever purchase a relatively small number of new records per year. However from what I have heard and what I have read (I do enjoy reading other people's lists) 2017 has been a particularly good year.

Grace Jones - My Jamaican Guy
Posted by Charity Chic at 08:00