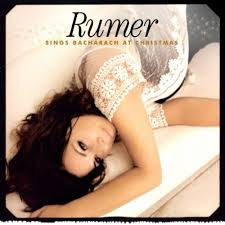 I picked up this as a CD single recently for a quid.
I  assumed that it was a title of the single  was  also that of  an album of the same name but apparently not.
It seems to be pretty sought after  -6 quid plus on Amazon and 8 on Discogs

The first song Some Lovers is the Christmas one and features the man himself. It is a  Burt Bacharach and Steven Sater number  and is the title song of the musical of the same name.
Confession time now - although obviously very familiar with  the song Alfie I was totally unaware that it was a Bacharach and David song until now.And also a better version than Cilla!
Lovely stuff