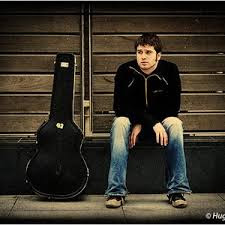 Let's end the week with some folk from the Orkney Islands.
Here is Kris Drever with Harvest Gypsies from his 2006 solo debut album Blackwater and a live version of the title track Steel & Stone (Black Water) recorded in Glasgow's Old Fruitmarket in January 2008.Given the date I assume it was a Celtic Connections concert..
As well as a solo artist Mr Drever is a member of Lau  and has released records with Fine Friday, Eammon Coyne, Boo Hewerdine and as part of the folk  super trio  of Drever, (John) McCusker and (Roddy) Woomble.

One of the few artists whose dad (fellow folk singer Ivan) has also appeared on these pages.