The Return of Stranraer Americana - Farmer Not So John 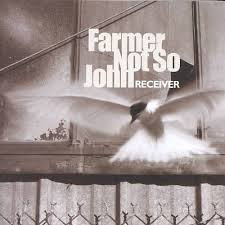 After the Christmas festivities we return to the fourth installment of the Stranraer America Series.
This week's offering is from the short lived and poorly named Nashville band Farmer Not So John.

Receiver from 1998 would appear to be their second and final album following on from their 1997 eponymous debut album.
They are one of the two bands in this series whom I had vaguely heard of but had no music from.
At first I wasn't too sure but they sounded much better second time around. Could be a grower.

The main men appear to be Mark Linebaugh and Richard McLaurin. The album is produced by Tucker Martine who would become one of the go to Americana producers.
Other than that I know nothing.

Farmer Not So John -Rise Above The Wreckage

Farmer Not So John - For You I Will Pretend
Posted by Charity Chic at 08:00