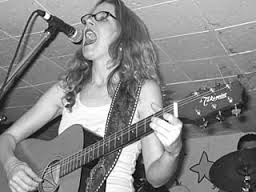 This record has featured previously on CCM when covers of records by Graham Parker & the Rumour and Dr Feelgood got an airing.
This turn round it is the turn of Rockpile with the Nick Lowe penned When I Write the Book and Squeeze with Annie, Get Your Gun.
I didn't have Squeeze down as a pub rock act but Elizabeth assures me that they started out on that scene although she acknowledges that they are more poppy than some of their rootier brothers

Elizabeth McQueen & the Firebrands - When I Write The Book

Elizabeth McQueen & the Firebrands - Annie Get Your Gun
Posted by Charity Chic at 08:00