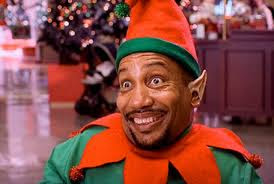 Whist on holiday on Skye in October I  picked up a Mojo compilation from January 2011  called Mojo's Festive 15 -An Alternative Christmas celebration.
How's that for forward planning?
So a couple from that for you today as my first festive offerings.
I'm slowly coming round to the music of Richard Hawley and here he gives us a lovely rendition of Silent Night.
He is followed by country chanteuse Mary Chapin Carpenter with a slightly less traditional number Christmas Time in the City.

I am retiring the Saturday Lucky Dip series as it was becoming a bit of a chore after about a year and a half - a pretty good innings as I'm sure you'll agree.

So NO random nonsense next Saturday.

Mary Chapin Carpenter - Christmas Time in the City
Posted by Charity Chic at 08:00