When Steve McQueen Met Faron Young at Four in the Morning 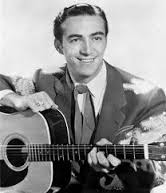 Can it really be 30 years ago that Kitchenware records released Steve McQueen the second album by Prefab Sprout?
Produced by Thomas Dolby it is perhaps Paddy McAloon's finest three quarters of an hour.
Although it didn't enjoy the same UK chart success as it's four successors it is certainly their most critically acclaimed record and is much loved by many of my esteemed colleagues on the right hand sidebar.
It reached number 4 on the NME's best albums list for 1985 and ever since has featured regularly on all time best of lists
Released in America as Two Wheel's Good as McQueen's estate took issue with the title.
On the other hand I'm sure that country crooner Faron Young was grateful to Paddy for introducing him to a whole new audience,

Prefab Sprout - When Love Breaks Down