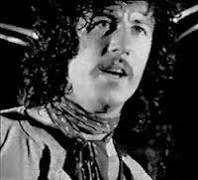 A work colleague recently paid 90 quid for a ticket to see Fleetwood Mac at the Hyrdro in Glasgow.90 quid!!More money than sense.
Still I'm sure that he enjoyed himself.
He would have enjoyed himself far more however had it been the original Fleetwood Mac featuring the mighty Peter Green on guitar playing some splendid Blues as opposed to the tosh they come up with these days.
Re the current incarnation I am reminded of a line from a Loudon Wainwright III song about the members of Fleetwood Mac attending a reunion concert in separate limousines. Something sadly I suspect was true

Many of you will be aware that George from Jim McLean's Rabbit has decided to hang up his boots so please pop over to his place to say your goodbyes
Posted by Charity Chic at 08:00