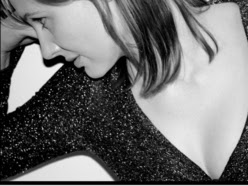 I briefly popped into my local charity shop on Saturday.
There were meagre pickings but I stumbled across a CD called Inbetween Worlds by Quinn from 2001.
Further investigation revealed that Quinn is Louise Quinn and I had a hunch (which proved correct) that she subsequently became part of Glasgow's A Band Called Quinn.

This was enough to make me part with my 49p  even generously donating my 1p change.
Turns out it is very pleasant lite electronica in a Goldfrapp stylee.
It is however early in her career and I suspect that her later stuff is a bit more polished. But hey there is nothing wrong with it at all and I am putting it down as a find

Quinn -Dreams I Had