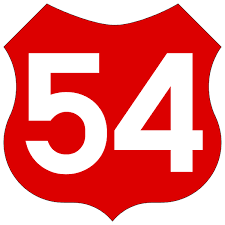 No Sunday Soul today as to quote The Robster you are getting a self -congratulatory birthday post.
54 today
Rather than go for the obvious birthday tunes or who I share a birthday with I have decided on something slightly different this year.
Being a saddo I keep alphabetical lists of my CDs and vinyl and I thought that a track from number 54 from each list would be in order.
Somewhat fortuitously I have come up with two absolute crackers.
On the CD front number 54 is #1 Record by Big Star. It is actually the two in one CD with Radio City but as they are two separate records I have catalogued them seperately.
In the vinyl list number 54 is as Swiss Adam would have it The Only Band who Matter from The Story of the Clash - Volume 1
A close shave as had I been one year older you would have got Hero by Clarence Clemons!

To keep on the numbers theme I've gone for two ages I will obviously never see again.

Soul will return next Sunday

The Clash - The Magnificent Seven
Posted by Charity Chic at 08:00