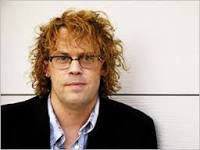 In my recent post on Anna Fermin's Trigger Gospel I mentioned that their album Oh, The Stories We Told had been co-produced by Jay Bennett
In the comments section Brian posted a generous tribute saying that if his voice had been a little better he could have been a giant. And I think he is right.
I do not have any of Jay's solo stuff apart from the occasional song downloaded here or there.
So I've been listening to Wilco and in particular Being There where he is credited with guitar, piano,organs,harmonca,lap steel,drums,accordian and vocals.
He left Wilco in 2001 following a spat with Jeff Tweedy over the production and engineering of Yankee Hotel Foxtrot.
Maybe it's just me but I feel that Wilco were never the same band after his departure and I fairly rapidly lost interest in them.
In 2009 Jay needed surgery for a hip replacement operation but could not afford  to proceed due to some clause in his health insurance.
Tragically he died in his sleep on 24th May 2009 at the age of 45.The coroner ruled that his death was due to an accidental overdose of the painkiller Fentanyl.
A true talent

Wilco -Say You Miss Me