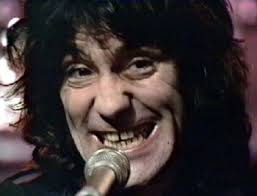 Although Alex Harvey has written many a fine song The Sensational Alex Harvey Band are probably best known for their cover of Delilah.
Delilah is not their only cover song. Indeed their 1976 album The Penthouse Tapes consists almost entirely of covers.
And here are their takes on two early 70's classics
I would argue that their version of Schools Out is as good as, if not better, than the Alice Cooper original.
Their version of Crazy Horses is however nowhere near the magnificence of The Osmonds