The Return of the Drunk Ventriloquist 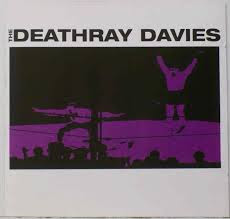 Today we feature Dallas band The Deathray Davies with a couple of tracks from their 2000 album The Return of the Drunk Ventriloquist on Idol records.
They appear to be still on the go although their fifth and last album was released way back in 2005.
Ventriloquist was their second: - be warned I also have their third The Day of the Ray

The main man appears to be John Dufilho who is the singer and who writes the songs.
Although from Dallas I am pretty sure that they have links with the Texas college town of Denton where Slobberbone and Centromatic hail from. Indeed the ubiquitous Will Johnson of Centromatic and South San Gabriel fame makes a brief appearance on the album.
Saw them live a couple of times and they were pretty bouncy.

The Deathray Davies - I Put Opium in the Food
Posted by Charity Chic at 08:00