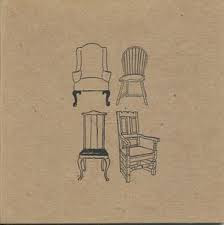 Sometime during 2002 I attended a concert at King Tuts billed as Song Circle 2002
It was essentially three Americana luminaries performing acoustic versions of some of their greatest songs
The three men in question were
Robert Fisher of Willard Grant Conspiracy
Steve Wynn of Dream Syndicate and The Miracle 3 fame and
Walter Salas -Humara the main man from The Silos.
There was a limited edition of 1000 CDs to accompany the tour - mine is number 332
Deanna Varagona also features on the album but as she did not appear to King Tuts (and as her songs are the weakest on the album) she is not featuring today.

Walter Salas-Humara - Susan Across The Ocean
Posted by Charity Chic at 08:00