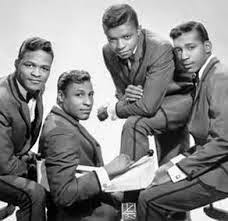 This week it is the turn of Little Anthony and the Imperials to grace the Sunday Soul slot.

A doo wop and rhythm and blues group they have been on the go since 1958 and feature the falsetto voice and golden tonsils of one Anthony Gourdine  better known as Little Anthony.

In chronological order we start in 1964 with Goin' Out of my Head recorded on the DCP label  with whom they had 5 hits in a 12 month period.
By 1966 they were on the Veep label with another head song Better Use Your Head released in April 1966
Followed in August 1966 with Gonna Fix You Good (Every Time You're Bad)
Hard working bands in those days churning out records every couple of months

There have been too many Imperials over the years to give  them all a name check
Mr Gourdine is still going strong and still performing touring with David Gest's Legends of Soul.

Little Anthony and the Imperials - Goin' Out of my Head

Little Anthony and the Imperials - Better Use Your Head