Cars and Girls and Murders 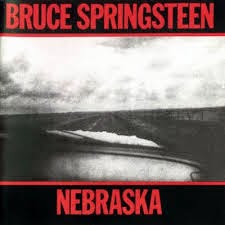 I am aware that Bruce Springsteen is a bit like Marmite - you either love him or you hate him.
Some of my fellow bloggers (hi George and Adam) think he is the devil incarnate whilst others such as Scott are big fans.
I'm with Scott - I like Springsteen there I've said it.
I don't necessarily think that he is the greatest thing on two legs and I find some of the hype and the nickname of the Boss a trifle irritating.
However, he is terrific live and has released some great albums - Darkness on the Edge of Town, Born to Run, The Wild the Innocent and the E Street Shuffle, The River , the Seeger Sessions and Ghost of Tom Joad to name but six.
Like all artists with a large canon of work he has also released some shockers - Human Touch and Lucky Town spring to mind
I'm not a particular fan of Born in the USA.My brother and I went in a coach from Glasgow to see him at St James Park, Newcastle when this was out  and we were the only two who knew anything from his back catalogue.

In my opinion Nebraska is his masterpiece and one of the top 10 albums of all time. Others of course may choose to differ