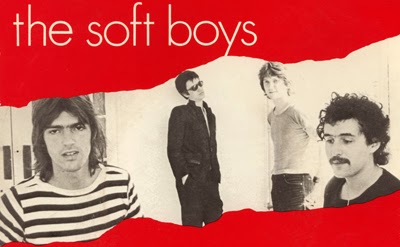 Last week's selection was particularly well received.
I can't promise the same for this week but here goes.
Two tracks selected from Uncut's CD from April 2001

Captain Soul were a band on Alan McGhee's Poptone label named after a song from The Byrds' Fifth Dimension album
Compared to the likes of The Hollies, The Zombies and Big Star here is Your Time from their 2001 album Beat Your Crazy Head Against The Sky
A band who were no strangers to beating their crazy heads against the sky were The Soft Boys led by national treasure Robyn Hitchcock.
Here is I Wanna Destroy You  from their 1980 psychedelic folk album Underwater Moonlight.

The Soft Boys - I Wanna Destroy You