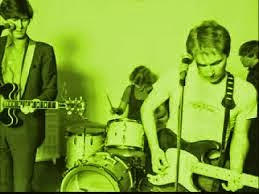 The Go-Betweens featured two to three weeks ago on Saturday Lucky Dip. I make no apologies for featuring them again with the wonderful When She Sang About Angels from their 2000 album The Friends of Rachel Worth.
The Friends of Rachel Worth is also the nom de plume of the author of the much missed Cathedrals of Sound blog.
Go -Betweens tracks  are a bit like Corporation buses - none for ages then two come along at once!

CCM has been on the go for over two years now and so far no reference to the Gang of Four. Time to rectify that with At Home He's a Tourist from their great 1999 album Entertainment.

The Go-Betweens - When She Sang About Angels

Gang of Four - At Home He's A Tourist