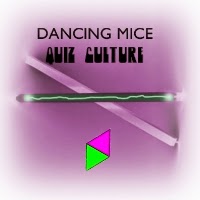 Quiz Culture is a new album from Scottish band Dancing Mice  to be released on 1st December 2014 on Squeak Audio.

Described by the band as indie delux they are a four piece with this being their fourth album - further details here
If you are in the Edinburgh area next  Thursday (13th November) there is a free launch night in Henry's Cellar Bar on Morrison Street with the band on stage around 8.00pm


https://www.youtube.com/watch?v=w83kUaU7A3o&list=UU5DLMFeYmu9TsOj5VEdL9Ww&index=10
Posted by Charity Chic at 08:00