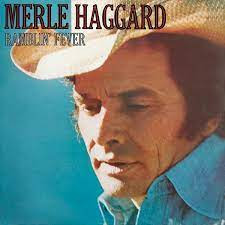 When I last posted something by Merle Haggard our dear friend Ernie was so concerned about the paucity of the music that I had by him that he immediately administered an Emergency Merle Infusion which was gratefully received.

This time round Mrs CC has come to the rescue with the purchase of two Merle albums from 1977 - one pretty good and one truly awful.

We now come to the elephant in the room 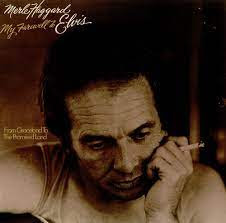 My Farewell to Elvis ( a quick cash in following the King's death on 16th August 1977) is worse than you could possibly imagine. It starts with a Merle composition From Graceland to the Promised Land and then it is covers all the way up to the final track Merle's Farewell to Elvis which is all of 17 seconds long.
His cover of In The Ghetto is just about the only one which passes muster but obviously is not in the same league as Elvis and the likes of Candi Staton.
Merle Haggard - Ramblin' Fever
Merle Haggard - If We're Not Back in Love by Monday
Merle Haggard - In the Ghetto