Albums on both CD and Vinyl - Harvest 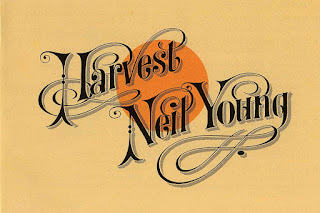 I have well over a dozen Neil Young albums mostly on CD. There are only three of those on vinyl and two are relatively recent acquisitions. (Comes a Time and Live Rust if anyone is interested).

The other one which I have had for years and which you can guess from the picture and post title is Harvest his fourth album released in 1972 on the Reprise label .I think that the CD version may be courtesy of Mrs CC.

He is joined by a group of Country session musicians (Jack Nitzsche (piano), Ben Keith (steel guitar), Tim Drummond (bass) and Kenny Buttrey (drums)) who he christened the Stray Gators' . Crosby, Stills, Nash, and Linda Rondstadt are all lurking in the background on a couple of tracks.

Unless you have been living in a bubble for the last 50 years you should be familiar with a good few of the tracks and at the very least Heart of Gold.

Neil Young -Are You Ready For the Country?