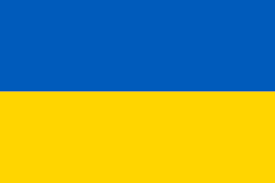 I'm stating the obvious here but it is a pretty worrying and dreadful state of affairs with the Russian invasion of Ukraine.

While the blame clearly at the door of the psychopathic thug Vladimar Putin, you could argue that the UK is also to a degree complicit given that London is the world's money laundering epicentre with Johnson and the British Government happy to prostiutute themselves for the oligarchs billions.

There are also maybe some slight glimmers of hope - the heroic resistance of the Ukranian people and the equally heroic Russians protesting in the streets. They are all much braver than I could ever be.

The other day Swiss Adam gave us the background to the band The Ukranians and their version of  the Pistols Pretty Vacant.

The Ukranians -Venus in Furs