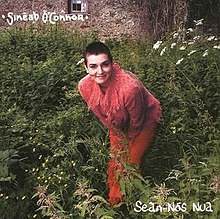 The final offering from the charity shops of Huntly is even better that Peabo and Roberta and the Steve Miller Band. Hard to believe but there you go.

Described by Amazon Music as a redefining moment in her wayward career, Pitchfork states that she  sounds very relaxed, and ultimately humbled by the ancient material. She resists the temptation to use her vocal tics and affectations; for the most part, she sings the words with a straightforward clarity and reverence.