You Were Working As a Waitress in a Cocktail Bar 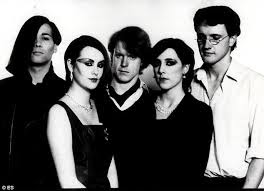 The above line earwormed into my head the other day leading to me dusting down Dare the 1981 Human League album from whence it came.
Probably the first time I have played it this millennium and a rather pleasant experience it was too.

Don't You Want Me was of course a phenomenally successful single (5 weeks at number 1) but one which was released against Phil Oakley's wishes
But this is Phil talking - Love Action (I Believe in Love) only peaked at number 3.
Thirty five years old for goodness sake


The Human League - Don't You Want Me

The Human League -Love Action (I Believe in Love)
Posted by Charity Chic at 08:00