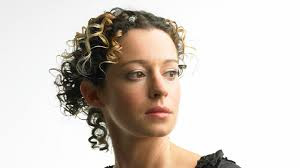 I thought that the Barnsley Nightingale Kate Rusby had appeared on these pages more times than she actually has. So she is probably due a feature
A couple of songs from the compilation album 20 released in 2012 to celebrate 20 years of her making music
As is often the case she is joined by guests on these new renditions of old favourites.
Joe Rusby, Chris Thile and Jerry Douglas appear on the first one and The Grimethorpe Colliery Band on the second

Kate Rusby - Underneath The Stars
Posted by Charity Chic at 08:00