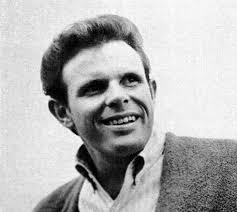 Me and Del were singing Little Runaway

Another series which is getting put to the side for a while as I am finding it becoming  a bit of a chore which tells me it is time to stop.
It will be revisited at some stage when I can be bothered. as I'm sure that there is plenty of material out there

We end with a song that is even older than me (on not on a 78 before you ask) namely Runaway by Del  Shannon.
The lyric line above features in Runnin' Down a Dream by Tom Petty and the Heartbreakers.
His first hit and an absolute belter and probably somewhat of a millstone round his neck as it must have been pretty hard to follow.
Certainly none of his other songs have lingered long in my memory.
Tom Petty on the other hand has produced a number of corkers.

Tom Petty and the Heartbreakers - Runnin' Down a Dream