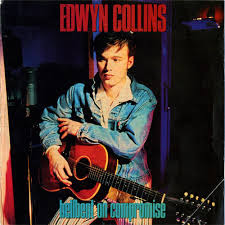 As is now tradition time to feature Edwyn Collins in the Holiday Hiatus interlude
Two years ago tracks from the single Keep on Burning and last year tracks from Gorgeous George.
This time round it is the turn of the predecessor to GG  1990's Hellbent on Compromise with a very young looking Edwyn seemingly wearing his pyjama trousers on the cover

Edwyn Collins - Everything and More
Posted by Charity Chic at 08:00