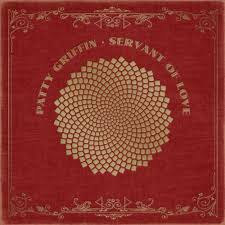 I have long been an admirer of the music of Patty Griffin but until recently I have had to make do with the occasional download or song from a compilation.
So I was pretty chuffed to pick up her latest (from 2015) album Servant of Love from the Community Charity Shop in Ullapool for 50p
It was released independently in conjunction with the Thirty Tigers Nashville based entertainment company and is her 9th  studio album to have been released since 1996.
There are distinct similarities with Emmylou Harris  in places which let's face it is no bad thing and perhaps hardly surprising given that she has toured with her, Buddy Miller, Gillian Welsh and Dave Rawlings as part of the Sweet Harmony Traveling Review.Also Emmylou is one of many artists to have covered Patty's  songs.
She featured on Robert Plant's Band of Joy  album and was in a relationship with him for a few years thereafter.

Harry would have seen her.

Patty Griffin - Rider of Days
Posted by Charity Chic at 08:00