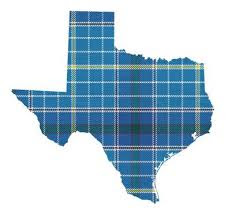 At Friday's Annie Booth gig (more of which later) I dumped into a friend  Tom who I hadn't seen for years.
We got talking about mutual friends and when I asked after Harry Thomson he told me that he had died last year.
Anyone who has attended a concert in Glasgow in the last 30 years, particularly one with a Country connection, has probably been in Harry's company.
He had an artificial leg following a shipyard accident and walked with a stick leading to my pals and I dubbing him "the man with the stick" until I got to know him better.
He told a story of going through airport security. "You need to take of your shoe sir" the security officer requested."If I do son , the whole leg will have to come aff" was Harry's reply. Needless to say he was waved through.
Harry must have attended at least 100 concerts per year. When you met him he would rattle off an impressive list that he had attended since you had last met him.
His main love was Americana particularly music from Texas. His email address was harrytexas hence the picture above.
I had the pleasure of being in his company at the SXSW festival in Austin on a couple of occasions where he quickly acquired legendary status.There was a bar stool right in front of the stage at the Continental Club reserved for his exclusive use. He also took great pride in introducing folk from Austin he knew to other Austin residents they didn't know but he did.
I attended countless concerts with Harry mainly Americana although we also saw Toots & the Maytals and Joss Stone where I was the second oldest member of the audience and Harry the oldest.

We gradually lost touch as I attended less and less concerts although our paths would occasionally cross at Celtic Connections concerts.
The last time I saw him was at an Allison Moorer concert at St Andrews in the Square which I attended with Mrs CC and her mum.
We were chatting outside to Harry and another guy at the end when Harry mentioned that he was going onto the club event at the Art School. Mrs CC, who was driving, offered him and the other guy a lift.
We dropped the other guy off at a hotel in the town centre."Who's your pal?" I asked Harry. "No idea" he replied "some guy from Aberdeen who was sitting next to me and we got talking"

I'm sorry I never found out about his death at the time and didn't get my opportunity to pay my respects.
I hope that this belated tribute to the most passionate person about live music I have ever met goes some way to making up for that.