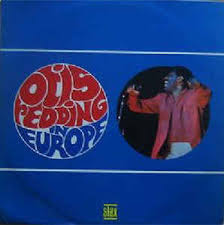 His first live album and the only one released during his lifetime.A recording of a concert at the Olympia Theatre, Paris on 21st March 1967 with Booker T and the MGs as his backing band.

I'm assuming that it was the same person who handed these three albums in for charity. Someone who I would happily buy a pint for.

Otis Redding - I've Been Loving You Too Long

Otis Redding- My Girl
Posted by Charity Chic at 08:00